Dr. Jeffrey Borer Shines as a Medical Professional and Educator

With an impressive professional career dating back more than 40 years, Dr. Jeffrey Borer translates his wide array of experience and expertise to the future generations as Professor of Medicine, Cell Biology, Radiology, Surgery and Public Health at the State University of New York (SUNY) Downstate Medical Center and Schools of Medicine and Public Health. He is also Adjunct Professor of Cardiovascular Medicine in Cardiothoracic Surgery at Cornell University Medical College (now Weill Cornell Medicine) and as a Professor of Cardiology with the Department of Academic Orthopedic Surgery at the New York College of Podiatric Surgery. Since moving to Downstate from Cornell in 2008, he has served as the chairman of The Howard Gilman Institute for Heart Valve Disease and of the Schiavone Cardiovascular Translational Research Institute at SUNY Downstate Medical Center. One of his earliest positions after medical school and residency training was working as a Clinical Associate in the Cardiology Branch of the National Heart, Lung and Blood Institute of the National Institutes of Health.

Dr. Borer is nationally and internationally acclaimed for his work in establishing the benefits of nitroglycerin during heart attacks (demonstrated at a time when such use was considered malpractice), and the development of real-time radionuclide cineangiography and its application during exercise, allowing doctors for the first time to see abnormalities of heart function directly as they occur during exercise. His most recent investigations center on prognostication strategies in patients with heart valve diseases and evaluation of drugs and devices for heart failure.

Dr. Borer graduated from Harvard College, received an MD from Cornell Medical College (now Weill Cornell Medicine) and did his residency training at the Massachusetts General Hospital. He was a Senior Fulbright-Hays Scholar in the cardiac department at Guy’s Hospital of the University of London. He decided to go into medicine at the age of 16, when he was tasked with making an early decision in school. Since then, Dr. Borer has gone on to receive numerous awards and accolades for his life-saving work.

On top of his work, Dr. Borer has been a cardiology consultant to the football team the New York Giants, as well as medical consultant to the National Football League. He was the founding President of the Heart Valve Society of America (now amalgamated into the Heart Valve Society [international]), and is affiliated with the American Heart Association, the American College of Cardiology, the American Society for Clinical Investigation, Heart Failure Society of America, the International Academy of Cardiovascular Sciences, the Association of University Cardiologists, the European Society of Cardiology, the New York Academy of Medicine and the New York Cardiological Society, among many other organizations. 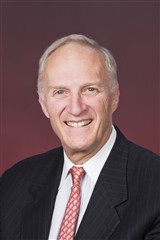 Site powered by Who’s Who Publishers